First time I had a chance to speak to Tkivilsaari he had only one demo – “Mountain Cries”, and even that one was far from mastered. But it told me everything I needed to know, I found techno in it’s raw, vague uniqueness.

As you can intuitively perceive the memorable and gracious beauty of Iranian woman even behind the hijab, that covers a vast area of the face, you can acknowledge a quality techno as well.

When something is utterly fine it doesn’t require additional props, perks and promotion nor Tkivilsaari ever wanted it. Did I mentioned smoothness? Track “Mountain Cries” was written in 20 minutes, cause working on a track for too long for him is “way too generic and artificial”.

Even this interview came through spontaneous chats on music affiliations, perspectives and passions, and it wasn’t purposely intended to be formatted as an interview.

It all happened strangely for him, he never really thought he would end up releasing tracks, instead he wrote music for himself, even felt confused with my feedback, almost a year ago.

To talk about music with others, analyzing and discussing? Am I you serious, he probably wondered?

But when you are 21, creating music just for fun, and never considering that anyone could be interested in it, it just means…Give it a try. Yes, you’re right – pure love.

And with it, everything goes unpretentious and gracious. In the interview we will use his artist name instead of real name, because Tkivilsaari is trying to keep his name unknown.

“Rose will smell the same under any given name” to paraphrase William Shakespeare.

Heritage is a big part of Georgia, but I don’t think that solely heritage defines it.

Even the heritage of our past is really diverse. In Tbilisi, for example you can see really old orthodox Churches, buildings remnant of Imperial Russia, Soviet Modernist structures, traditional Georgian houses and a whole lot of other stuff.

The city at sometimes looks like it was sown up from a few different cities but overall I don’t think that’s the case.

For me it’s not the heritage and the buildings that make the city, but the people. And overall there’s a new vibe and a new thirst for something exciting.

If you look at the people, however you can see where the clubs came from. The fall of Soviet Union and it’s consequences, our territorial conflicts and a war with Russia have left a scar on our people, and a lot of our youth has suffered all these consequences.

There’s a need for an escape sometimes, which explains how these kids found their way into music and arts overall, to express themselves.

The heritage of the city, on the other hand helps with creating this interesting vibe which helped the    clubs to thrive. So what you stated in the question really does help the club scene.

There’s one question I can’t answer though. Why techno? I’m not really sure why.

There are lots of different types of music, or electronic music that could have taken hold of the scene but no, techno did. I can’t really explain that.

For me techno can have melancholy and sadness that other genres of music can’t often achieve.

I believe that those emotions in music are much more valuable than happiness.

If that’s the case for others too, that could be one of the factors why techno spread so rapidly in Tbilisi. Also it’s much more affordable to book a really good techno DJ, than for example a famous hip-hop artist and our country isn’t very rich. These might be the factors.

2. We know that collision of tradition (which goes oppression) vs. freedom, could be a rocky road. We saw it in Tbilisi, some time ago with Bassiani. How to nurture freedom in those circumstances, and is it a source of inspiration, that defiance?

Traditions are really strong over here in Georgia, which in one way might have explained the events that happened with Bassiani but it doesn’t really explain the matter completely.

If we look back in the past, music and dancing is a big part of our own traditions and culture.

The issue shouldn’t completely attributed to traditions, because if we look at it this way, it doesn’t make sense.

On the other hand, the oppressors themselves think they are defending their own traditions by oppressing the ravers. I think that it is ironic and sad that dance culture is being oppressed in the name of tradition.

I believe that emotions in music are much more valuable than happiness.

I think it is really a fight between oppressive ideals and freedom. But these oppressors use the name of tradition to manipulate the masses.

However I don’t think that will work since the events of May showcased that club culture really stands for freedom of expression, expressing yourself, getting along with each other and working together for progress.

Standing on the side of the ones fighting for freedom against oppression is defiance and we saw a lot of that back during the events of May.

I supported the cause, however the defiance wasn’t exactly an inspiration for my music, however.

To be honest, my music is really introverted and personal for me. I try to express my own personal feelings, experiences of life. So I do support the cause in person, but my music is an expression for something else.

I’ve always been fond of music, as long as I can remember. Before electronic music I used to listen to lots of rock/metal music.

I was into thrash metal for a few years but after that slowly started getting into hip-hop and then mainstream electronic music.

Slowly, as it happened I found myself listening techno, then ambient and noise and all the good stuff. My journey with music has been really diverse. I left out a lot of it, but that’s the main outline. Nowadays I listen to techno, ambient and those feel-good indie songs you can find on Youtube.

As for writing music, I started writing music a few years ago, because just listening wasn’t enough for me. I knew that I also had something to say and express which could be put out as music. I always wanted that, even back when I was listening to non-electronic music, but producing techno was the perfect chance for me, since only having a laptop can get you started.

Georgian Techno scene is definitely growing. When I got into listening to techno there was definitely much less Georgian DJs, and even less artists.

However, nowadays we have a lot of talented techno/house artists, who are keeping the scene moving. For me collaborating with Puritan and Dread was really a good experience, because on one hand you get to create something for the scene together, and on the other hand, you learn a lot from other artists experience when you work with them.

I believe that inspiration is contagious, as you stated. Because for me it was a really big drive to see that a lot of these Georgian artists were out there, producing really good music and that motivated me to do my own bid, to play my own part.

It’s my desire to play a part in spreading this inspiration, to have a presence on the scene which would inspire others to start producing, because I think that a country with one of the world’s best clubbing scenes, needs to have a lot of really good artists too.

Georgian scene is doing really good at the moment, but there’s still more potential to use in producing music. So I keep looking forward to how the things play out.

5.  Jaelos Youtube channel has a great impact on creative and inspirational techno. Name a few labels and artist that you admire besides it?

Jaelos is fantastic. Even before I started putting out music, I was a big fan of the channel. It was really unbelievable when my first track was uploaded on the channel.

Posh Isolation is my favorite label. I know that it can’t be defined as techno, but I believe that “Posh” works in the same scene as a lot of techno labels do.

Seeing the Posh Isolation Showcase at Bassiani was a dream come true. As artists too I truly admire Varg and anything Loke Rahbek produces with any of his monikers. Christian and Puce Mary are also brilliant.

Now back to techno, again from Denmark, I believe Euromantic is one of the best new labels out there. The first release, by Niki Istrefi, the second Ep by Funeral Future and the new release from Sugar on this label are some of my favorite releases this year.

Northern Electronics is also a label and a collective I admire. They never dissapoint.

These three came straight to my mind, so I believe they deserve the spot the most. The list could go on and on obviously.

Berghain is the dream venue for a lot of artists but I’ll just say right ahead, Bassiani would be my choice for the dream venue. It is a club really close to my heart, a place with which I have a lot of memories. That’s just a connection that I don’t have with any other venue in the world.

7. One day in Tbilisi with Tkivilsaari in charge. (Weekdays)

My life, to be honest isn’t really eventful. Every day starts with struggling with waking up and probably missing lectures.

If I manage to wake up on time I sit at the university until the evening, when I hang out, and after that I go home, play around in Ableton, writing music.

I don’t really think that my weekdays are that interesting but hey, that’s the way life is.

That’s a really tough question. There are just so many tracks that I really love to choose from. On the other hand I could name 3 tracks that I enjoy the most at the moment.

Waiting for his tracks in the near future is not about patience and curiosity, it’s just pure hedonism yet to be achieved. 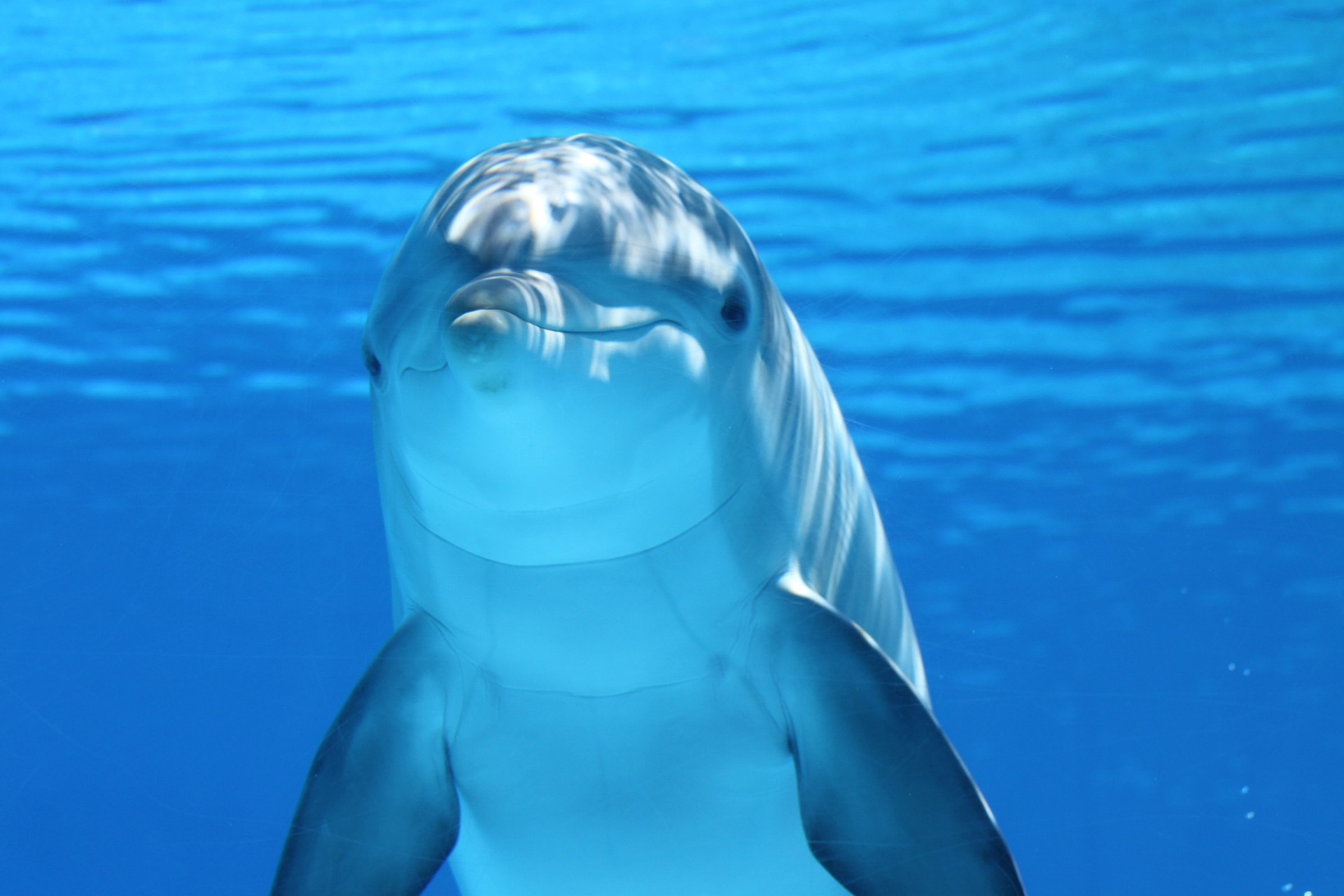 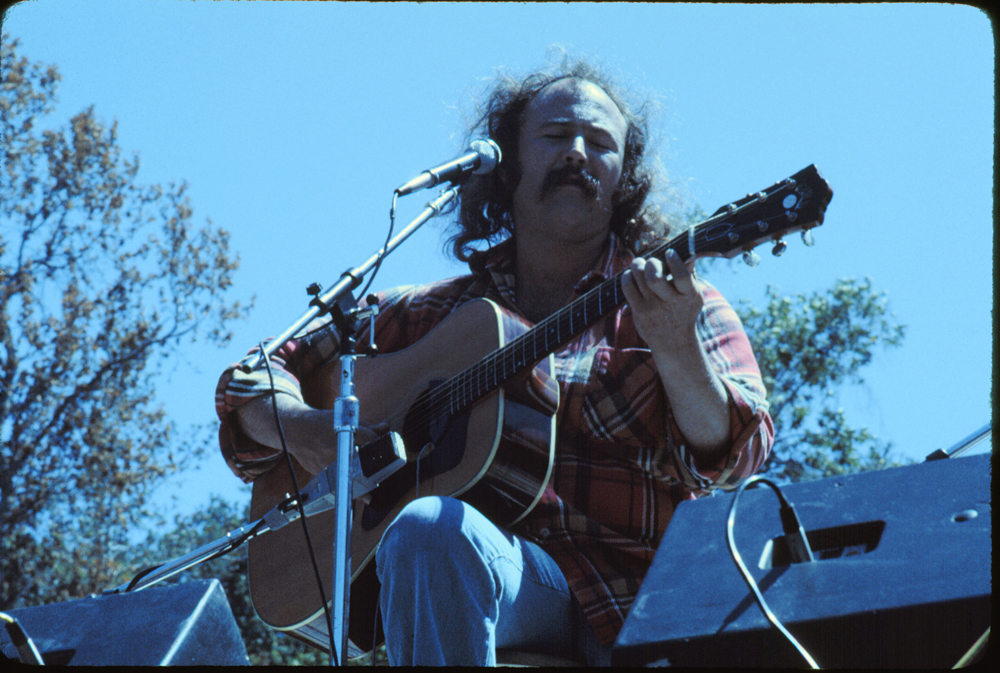 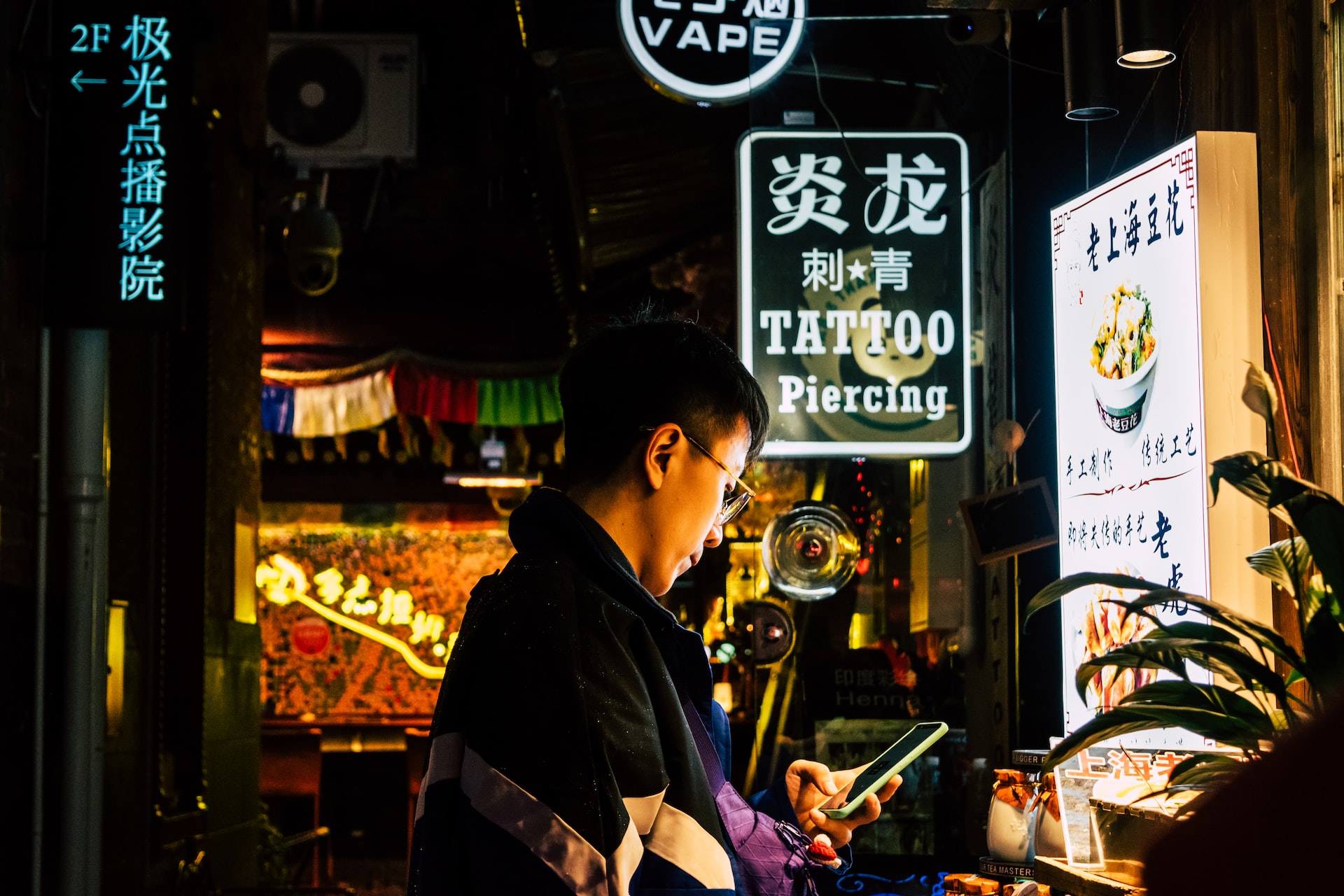 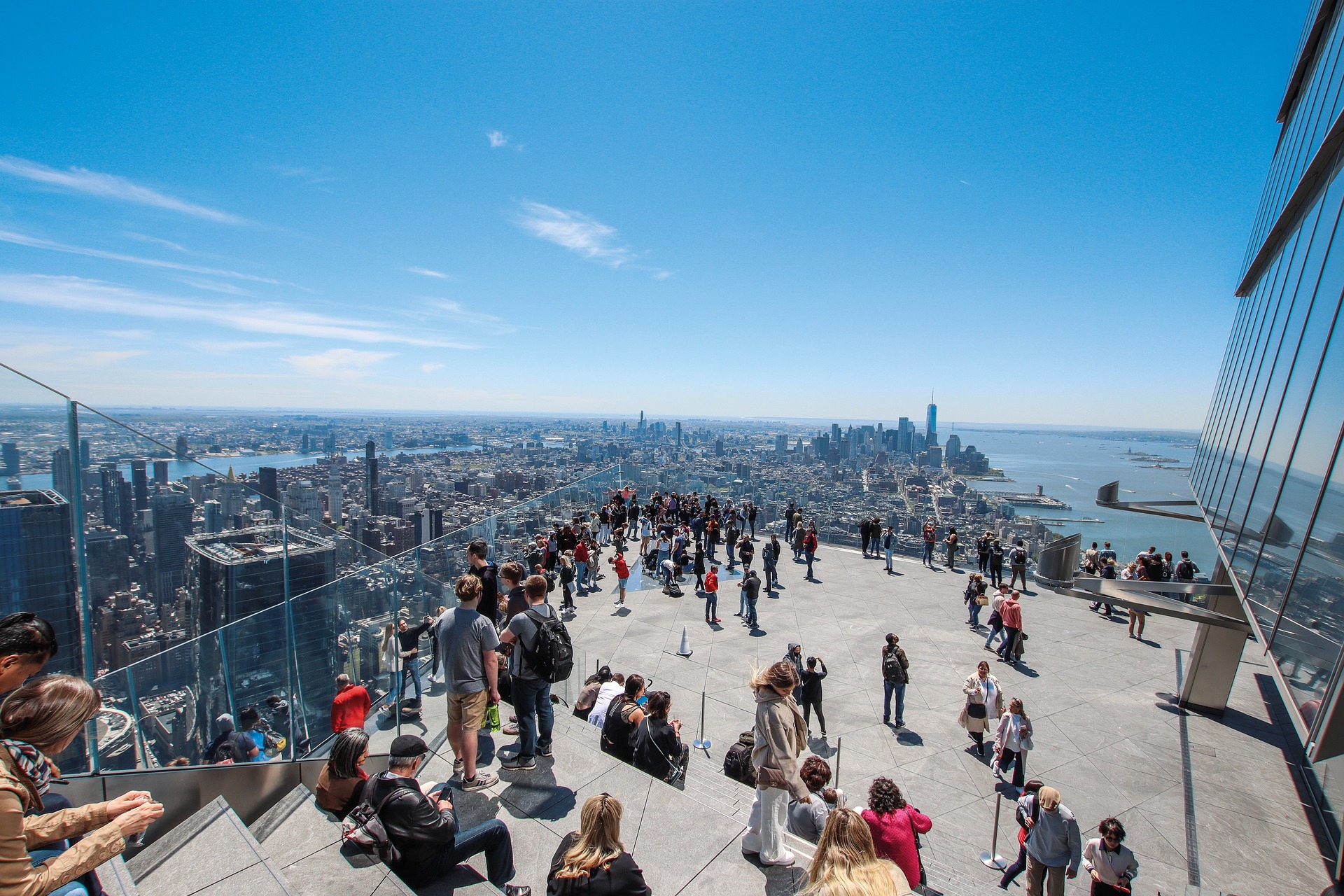