The Sopranos feuilleton, part two. The life story of the actor Federico Castelluccio, who became a legend through the role of Furio Giunta.

His mother Teressa desperately wanted to name him Luke, but his father Leonzio, in a patriarchal manner, decided – Federico. When he started studying art history, he learned that St. Luke was the patron saint of painters. He accepted this symbolism as destiny. He received the protection of a saint, which will turn out to be independent of the choice of profession. He grew up in Naples, in a working-class family, his mother a seamstress and his father a canvas painter, and he used his father’s colors for his first steps as a painter. He respected the professions of his parents as art forms, looking at them as virtuosos.

In his third year, he moved to Paterson in 1968, the third-largest city in New Jersey. He came into the world, as he said, visually aware, and the memories of Naples refer to lights, shadows, locks that were just above the height of his eyes, and vivid colors that he observed through the windows.

As an Italian in America, he ate turkey for Thanksgiving, but everything else was pure Italy, including the language that they spoke, which, in the end, was crucial for his role in The Sopranos. Beginnings without possibilities, pioneering attempts to engage in painting and days that flew through the painting of decanters for wine, grapes, rustic.

The reactions of his friends to the mention of acting were in unison negative. In 1982, he received a scholarship – the School of Visual Arts in New York. The whole family attended the first acting experience, Arthur Miller’s play “A View from The Bridge”. And he, in one scene, spits at a fellow actor.  “My mother was waiting for me and she said you spat in the man’s face, while my sister added briefly – you made me cry and laugh in two hours, you need to pursue this.”

He remained faithful to painting, which soon brought him wealth. At an auction in Frankfurt, he discovered a painting by the 17th-century Baroque artist Guercino depicting St. Sebastian, which was mistakenly placed in the next century. Fate wanted him to defend his thesis precisely in the Baroque and Renaissance of that time. He bought it for $45,000, and a little later it was estimated at 10 million.

At the time, he was dating a girl who worked as a hostess in a restaurant, behind which was a backstage trailer for the Sopranos cast, which many even then thought was the headquarters for some kind of musical. He recognized Michael Imperioli, whom he had met earlier at auditions, and he knew Gandolfini from the Broadway play Desire with Alec Baldwin. Because of him, he watched it twice.

His agent forwarded him information for the role of the leader of the New York mafia, Johnny Sack, who was later masterfully played by Vincent Curatola. He knew immediately that he was not the one. “With this kind of hair, I’m not for this role, this is the John Gotti guy.” When he saw that they chose Curatola, he knew that the Sopranos was a machine of pure perfectionism, since only he could be “Johnny Sec”, with all the cigars in his mouth, and the calm that keeps you in eternal tension.

Still, he craved to give himself to the series. From the age of 12, he acted in Jersey, and he could physically locate every scene in the Sopranos – the statue of Lou Costello in Paterson, standing in a frame in which Tony announces Fury’s arrival from Italy to Paulie, is one of his favorite places.

He called his agent Bob once again – “there must be a role for me in The Sopranos, find me something permanent, not episodic.” And Furio Giunta happened. Tony’s distant cousin from Naples, a role that required fluent Italian with a Neapolitan accent. As ordered. His Italian was so authentic that Edie Falco was stunned when she heard him speak English without an accent at a joint reading of the screenplay on one occasion.

After the first audition in which he played scenes from the episode “Big Girls Don’t Cry”, he heard words from the darkness “that was a breath of fresh air.” That same night, the agent’s message on the answering machine was – <they want you to read for the producers>. At the same time, he calls his friend Aida Turturro (who plays Tony’s sister Janice), who has just got the role. She told him that one of the coldest audition rooms ever was waiting for him. “Don’t improvise anything!” – She added.

Federico was peaceless while reading the script for Furio. He lacked, as he put it, some “Italianism.” He promised Aida that he will not try his luck. The audition was a scene where Tony is waiting for him in the car, while he is extorting money in a brothel. “I got that mimicry of a fight. No te preoccupa, no te preoccupa”.

He felt that everyone was getting up in that icy room, including director Tim Van Patten, the atmosphere had changed, and he did not know what had possessed him – he added in Italian – you are happy that I did not kill you. Silence, then a sentence from the darkness – “thank you very much.” A minute later, David Chase approaches him from the couch with a question about where he is from, and after Napoli-Jersey’s answer, he just laughed. He was also approached by screenwriter Terence Winter – “hey, what did he say in the end?”. There, he already thought that his “Italianism” would cost him dearly.

Two weeks – no answer. However, an invitation arrives, where they look for that same scene with Gandolfini, this time at the Silver Cup studio. He was convinced that he had already got the role, but there was one more battle left. Then he saw it, a new script, and at the very end – his “line”! Somewhat later, he realized that another of his remarks (Mannaggia ‘a marina), made in the scene of the murder of Richie Aprile, was destined for eternity. He played Furio, but he created it himself with his courage and charm.

Before entering the room, he hears the famous voice of Vinnie Pastore (Salvatore “Big Pussy” Bonpensiero), who went hand in hand with Gandolfini. The guy from HBO asks him for a “cold reading” scene from Naples. Gandolfini was “bought.”

“Federico, this is the wardrobe for the character of Furio, series Sopranos” he hears from the other side of the wire. I got the job? – Yes, nobody told you? His agent left a message on his answering machine, which he did not have time to listen to. He didn’t even have to, with one step he was already at the very top of the world of cinematography.

At the first joint reading of the script, he is 35 years old, ready for anything, full of himself, a little arrogant. He knew Pastor and Imperioli from before. He starts to look around the table – Chianese, Curatola, Chase, Edie Falco. He begins to panic in his chair, doubting himself.

When it was his turn to say the name of the character he was interpreting, the way he did it instilled in him all the confidence of this world, that he was part of that monumental story. The second time he felt similar was when he was in Toronto one winter with Vinnie, who introduced him to Burt Reynolds, who told him “don’t introduce yourself, I know who Furio is.”

At first, he was convinced that he was only there temporarily, but when David Chase, sitting next to Lorraine Bracco, told him significantly “wait and see how we edited your scene in Italy”, he realized that he would not be just a mere episodist. Terence Winter told him “you walked off my page”. Writing for him begins…

It is interesting that in the scene where he is dealing with the owner of a brothel and his wife, in which he collects debt for Tony, proving himself to him, he actually proved himself as an actor. He turned down a stuntman for a scene in which he broke through the glass, and thanks to him, the filming of the entire scene lasted only one day, instead of the planned two.

In Naples with Gandolfini

For the purpose of filming scenes in Italy, they went on a commercial flight with David Chase. “Gandolfini, so humble and normal, when I told him I had been following his work for years, he was like – mine?”

“Fortunately, that role did not go to a more prominent actor at the time, and Ray Liotta and Chazz Palminteri, Steven Van Zandt (Silvio Dante), stod out. But could it be anyone but Jimmy? ”

It is interesting that in Naples, someone pick-pocketed David Chase, Federico caught him, hit him on the head, and took David’s wallet back. If there was ever any doubt as to whether Furio’s casting was controversial, that was no longer the case. In the fourth season, there is a scene where Furio talks in Italy with his cousin, whom he confides that he is in love with Carmel. His “film uncle” is played by his uncle Nino DelDuca, whom they called “Zio Nino” out of grace. When he met Chase, he told him “I’m not an actor.” He replied, “Believe me, you are.”

A madhouse in Connecticut

In Federico’s memory, the most beautiful moment with Gandolfini is the one from Connecticut. At the height of their popularity, everyone called the first echelon of the Sopranos for promoters. This time it was a casino. Tony Sirico (Paulie) always came with a driver – a blonde guy, impeccably trained, who was something like a bodyguard to him.

At one point, a huge bowl of spaghetti, amatriciana, was served on the table. Suddenly, that hitherto humble guy started to eat the spaghetti hectically, falling all over the table and him. It all seemed like a sketch. Federico saw that things got serious, so he and Gandolfini dragged him away so that the gamblers at the other tables would not be alarmed.

The guy, it turns out, was dead drunk, directing them to his hotel room, while the two of them were just waiting for him to throw up on them. Jimmy and Federico opened the door, and a middle-aged gentleman standing in shock – “Tony Soprano and Furio, what the fuck!”. The two of them, both smeared with amatriciana, with an unconscious guy in a white shirt – a scene from the Sopranos, which even David Chase would not have done better! His room, however, was one floor below.

When Jimmy passed away, Castelluccio rehearsed for the role with Alec Baldwin and some other New York actors. All the while, he watched Alec constantly send messages on the phone. He thought, “I know he can’t do without a phone, but this is already absurd.” A minute later, he came to him, telling him that James had died, a fact Castelluco still doesn’t put up with.

Federico, like all other Sopranos heroes, will forever be remembered for the role of Furio Giunta, lines like “give me $1,000”, unforgettable scenes, like an intoxicating dance with Carmela Soprano with the sophisticated Neapolitan song of the group E Zezi “Vesuvius”. The moment when he mourns the Cadillac after the murder of Richie Aprile or when he takes the “bug” off Dr. Kennedy’s cap on the pond while playing golf. Fearlessness, emotionality, was strongly emphasized by his great and authentic acting, which will be eternally enjoyed by all admirers of this masterpiece of modern art. Because no one watched the Sopranos just once. 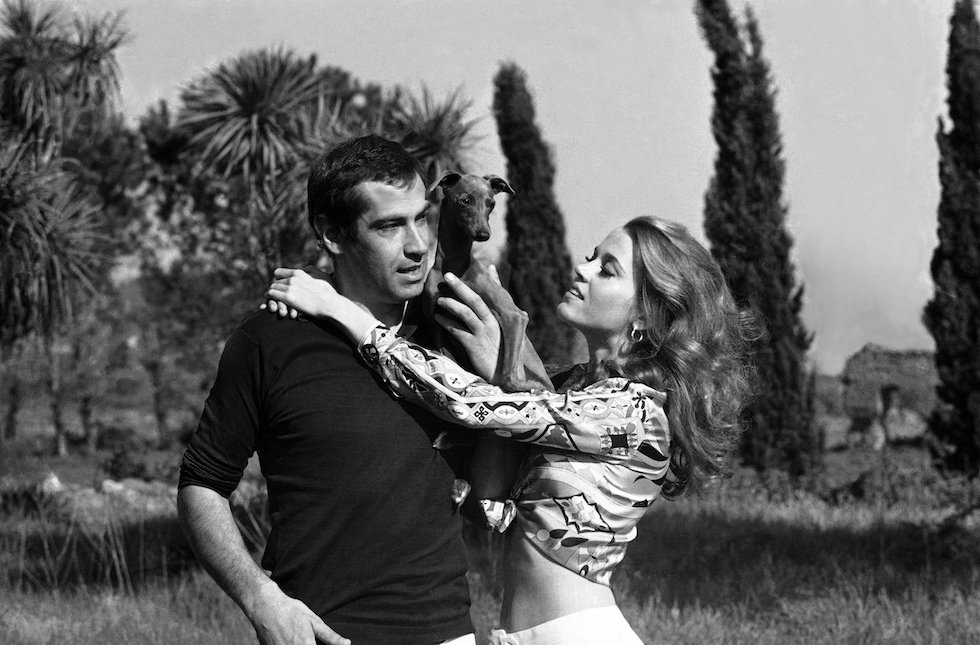 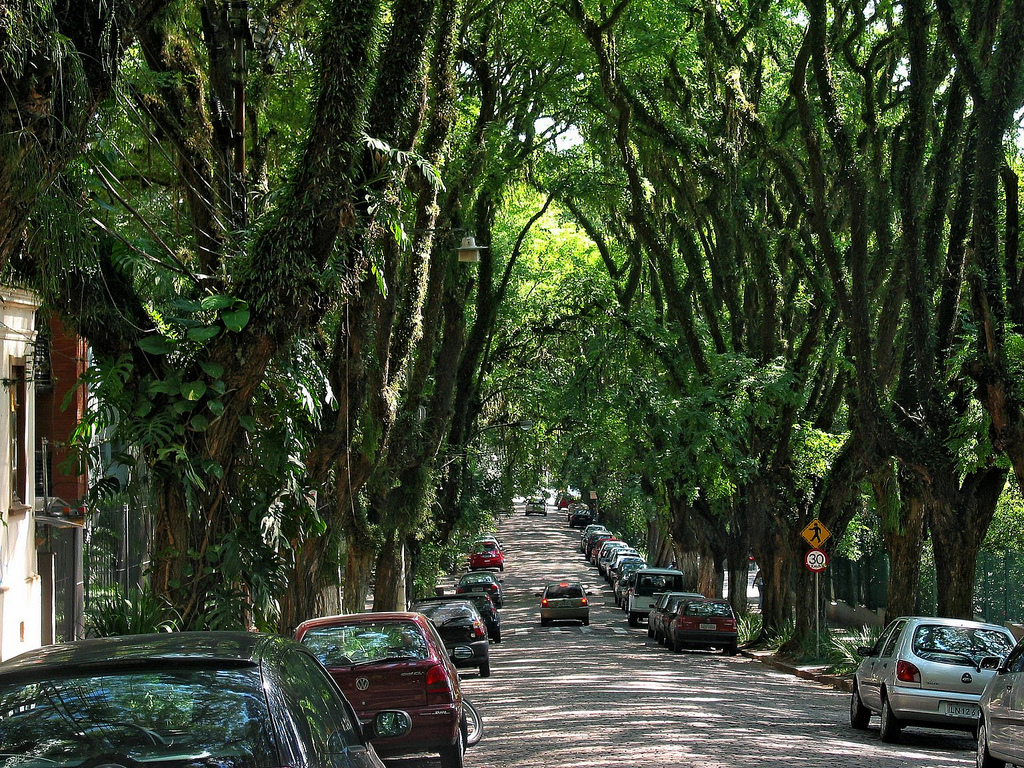 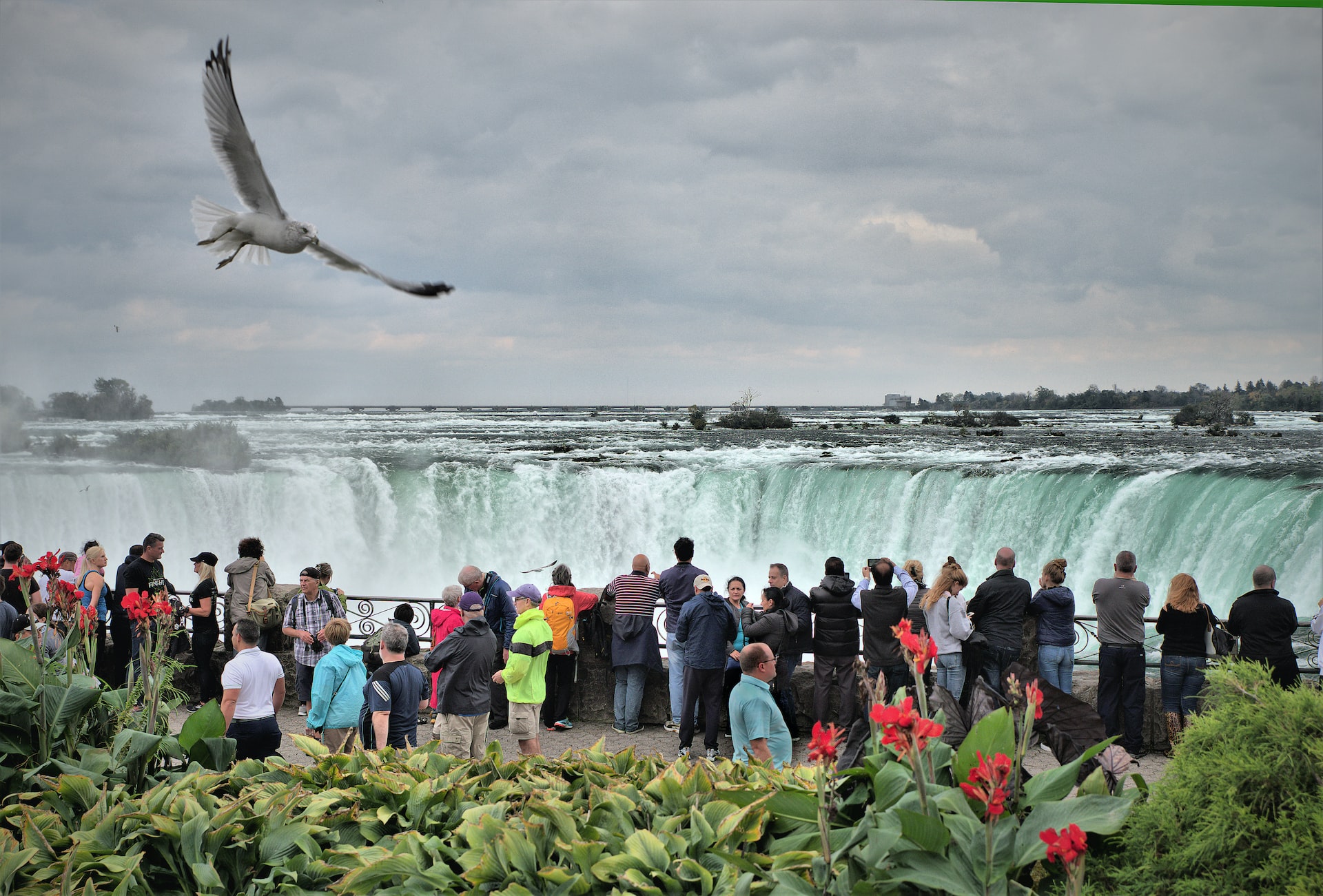 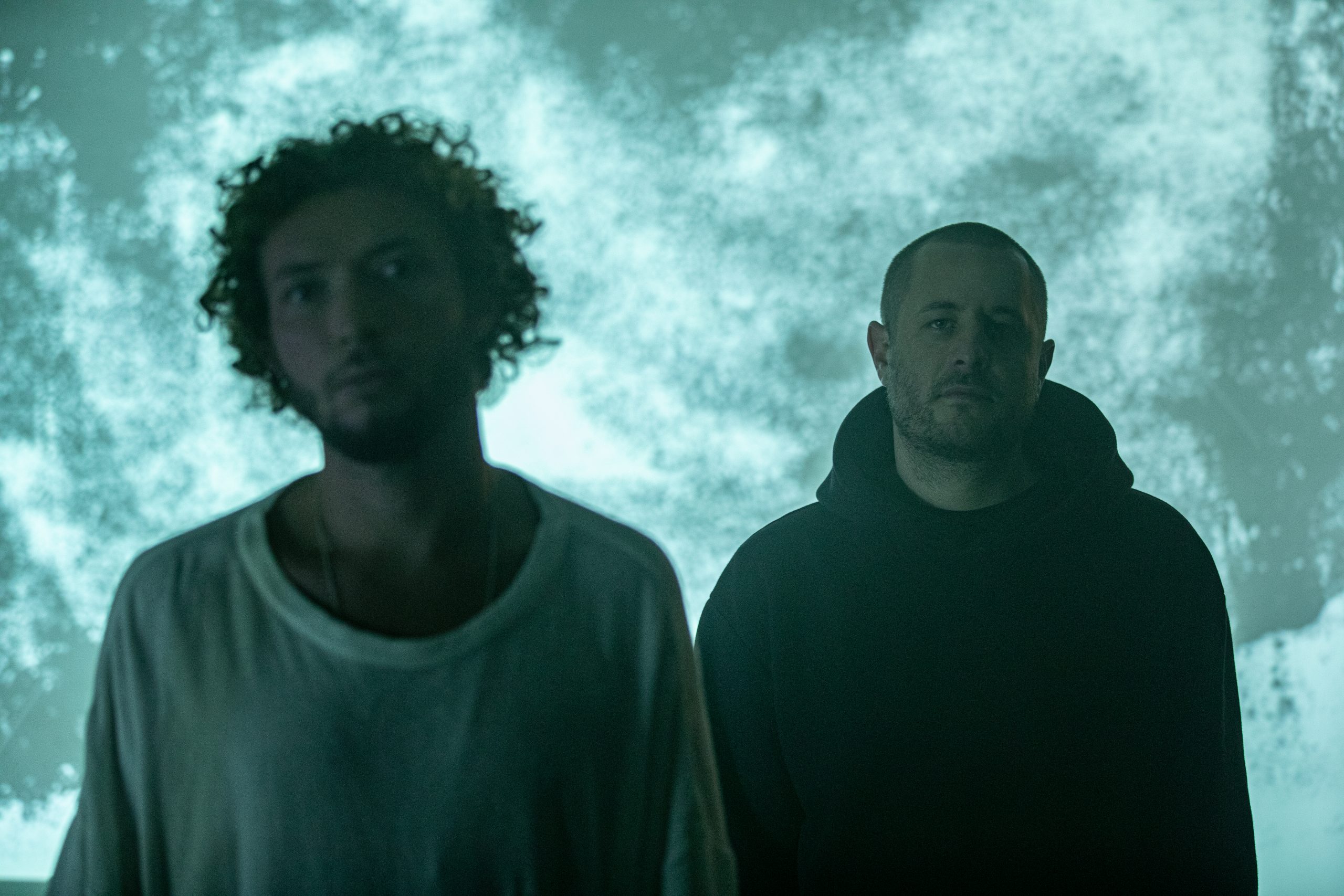 Be honest, bare and naked with Vitraz Q&A. The 3rd episode with Read the News, electronic duo based in Zurich – Lukas Mayer & Ryder Ulmer. Print 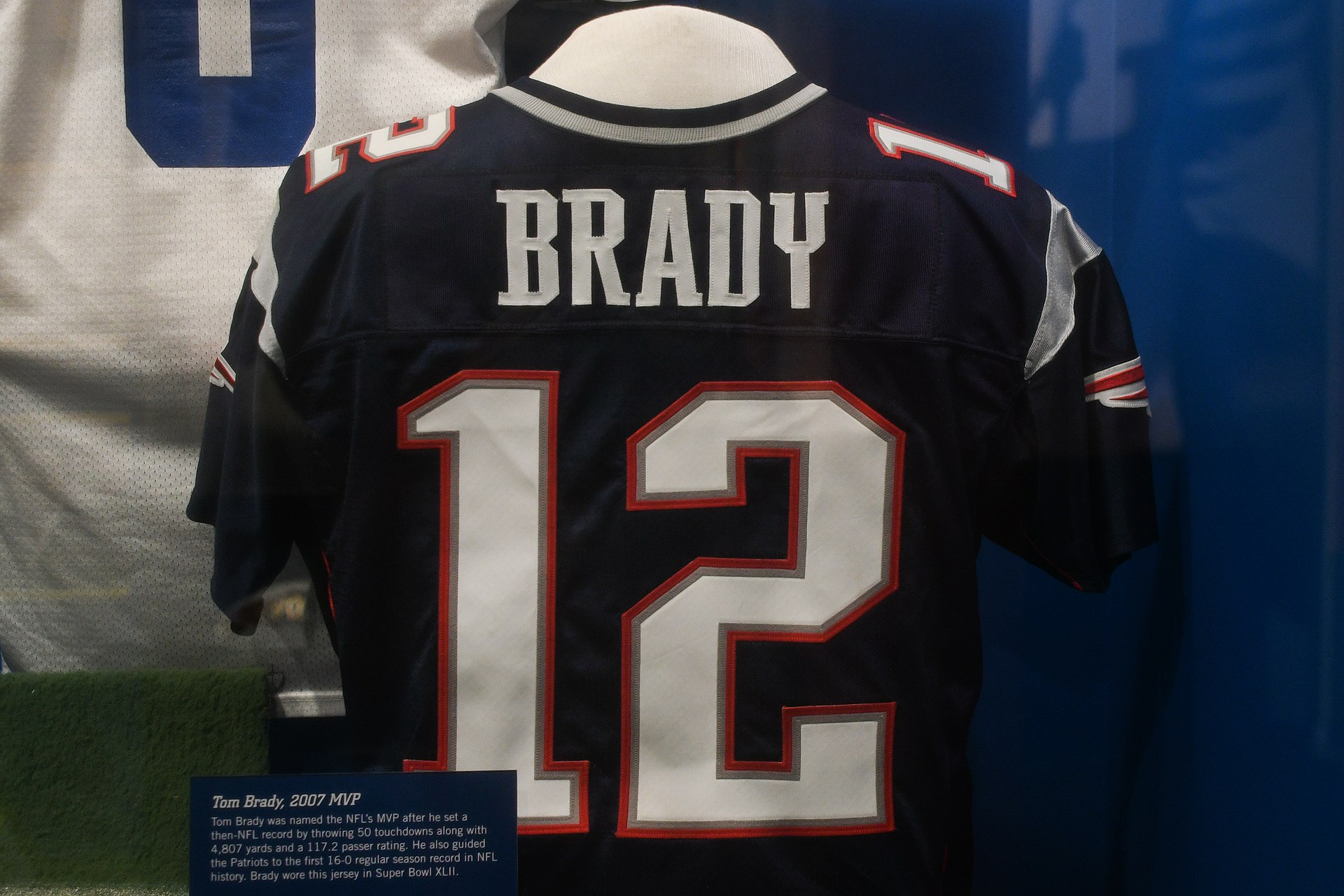 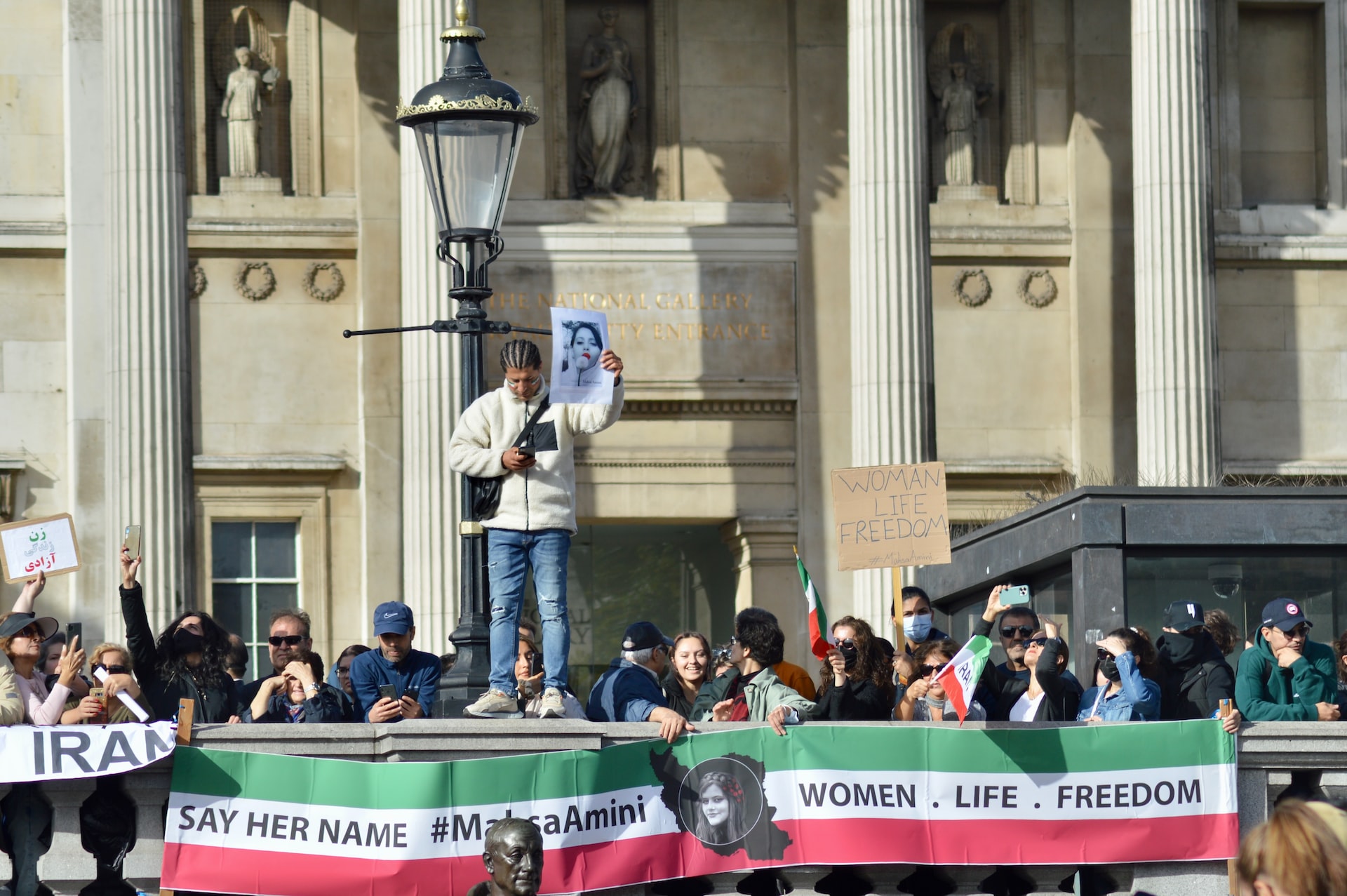